As you can imagine getting the certificate of discharge is easier said then done, especially when things move at the “speed of government.”  You’ll have to strike up a conversation with the Internal Revenue Code and cite a few code provisions and ask for a discharge of property from the specific lien.  There are a two codes that you can use to your advantage, and it can be difficult to navigate so you may want to contact an attorney.  But by understanding the basics you should be able to clearly explain your expectations to your hired attorney.

Your discharge certificate could be granted under IRC § 6325(b)(2)(A) when you’ve partially paid the tax lien but not in the amount more than the US Governments interest in the house.  To better explain this let’s use an example:

Let’s say the IRS has a federal tax lien in the amount of $200,000 under the following conditions:

The lien still stays in place at that $135,000, but the property can now be sold despite the tax lien as long as the US Government gets their $55,000 in interest.

The discharge certificate could also be issued under IRC § 6325(b) (2) (B) if the US Government decides it’s interest in the real property has little to no actual value.  If this is the case the debts on the property that are senior in position to the federal tax lien have a value greater then the actual potential property sale value.

Let’s say the IRS has a federal tax lien in the amount of $90,000 under the following conditions:

You’ll also want to talk to a tax professional, and if your attorney understands tax law the better.  Otherwise you’ll want to ask your attorney to bring in a tax professional for consultation.  The two examples above are “dumbed down” but should give you enough “meat” to talk with an attorney.  But before you know it you’ll have that house sold even with a federal tax lien in place. 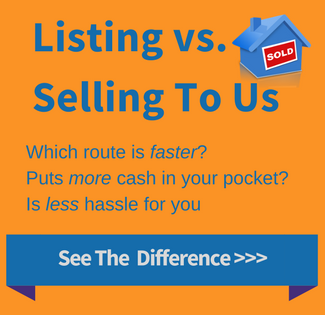 Get Your Fair Cash Offer: Start Below!

We buy houses in ANY CONDITION in Metro Detroit. There are no commissions or fees and no obligation. Start below by giving us a bit of information about your property or please call 586-636-0088...